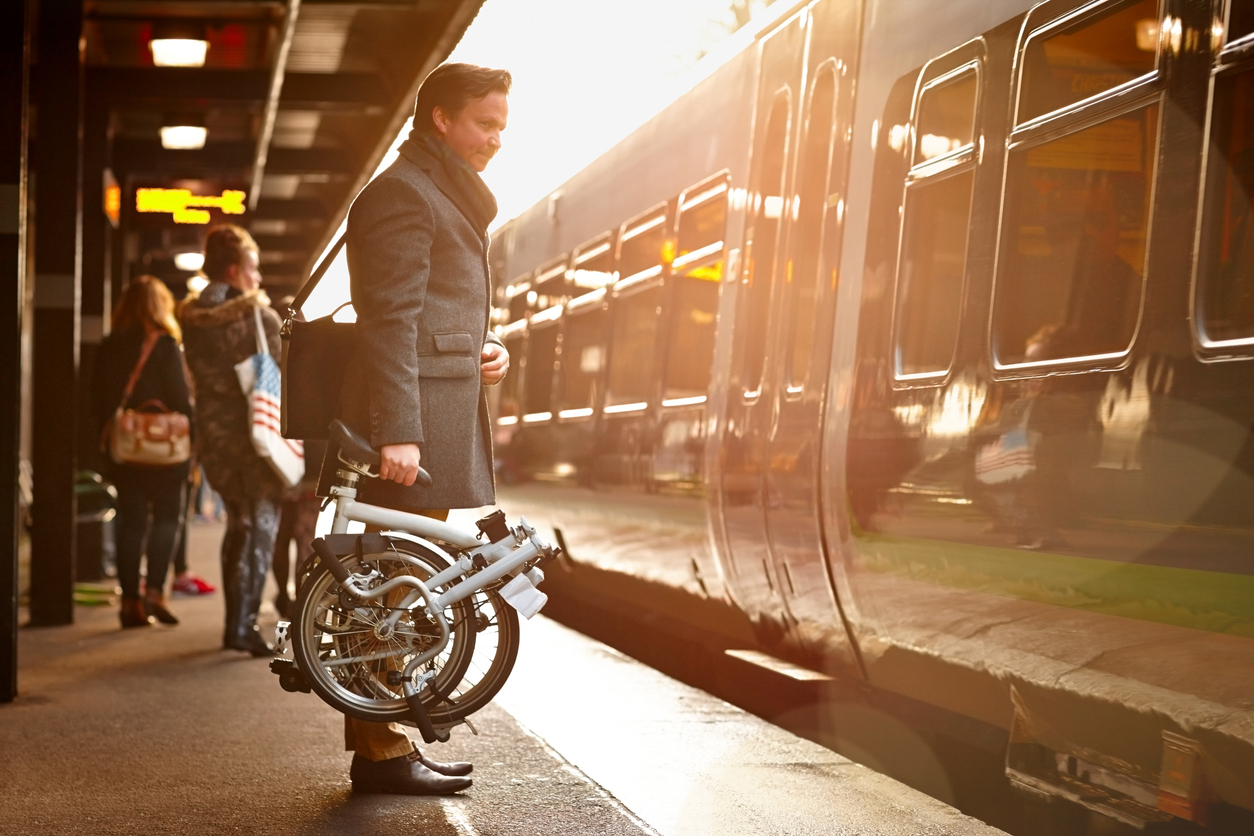 Folding bikes are becoming increasingly popular, especially with people who live in the city. These bikes usually have a hinge in their frames that allows the bike to fold up, becoming more compact. This makes them much easier to fit inside a car boot, bus or train.

The Pros of Folding Bikes

When compared to standard bicycles, folding ones give the rider an extra amount of convenience and practicality. Riders are able to manoeuvre them much more easily in crowded places such as elevators and bus shelters.

The fold ability also changes the bike so that it becomes a fraction of its original size. Some models when folded are so small that they can be carried around in a bag. Their portability is a big reason why so many people choose to buy them.

Security is an issue for all bicycle owners. Leaving a bike unattended, even with a lock around it will run the risk of having it stolen. Most establishments such as restaurants and shops do not permit people to bring standard sized bikes inside. However, when folded their compact nature is a game changer. Riders are able to carry them around, ensuring that thieves can not get their hands on them.

There are even some folding bikes that run on electric power. News companies such as Sky have pointed out the convenience of this techno logical innovation. For instance, riders do not have to work as hard when travelling uphill.

Folding bikes also tend to be made of much lighter materials than regular ones. Being able to easily lift a bicycle makes transporting it less of a hassle. This also means that lighter models can be taken on planes and used for travel adventures.

The Cons Of Folding Bikes

Despite the positive aspects of folding bikes there are a number of cons that should be considered before buying one. The cheaper models are difficult to fold properly and can be quite cumbersome, defeating their primary purpose. It is not uncommon for lower end brands to develop faults during the folding process.

A good one will end up being a significantly costly investment. Big brands are typically sold from £500 upwards. Fully customised ones can be over £1000. If the buyer is not going to use it everyday then a folding bike might not be worth it.

In order to maximise their compactness, the better folding bikes will have as small a wheel size as possible. This can make them unsuitable for handling road bumps. They also tend to have less stability than standard bikes. Riders who try out folding bikes for the first time may struggle to get used to their stiff and bumpy nature. Such an unwieldy ride can be a massive turn off for potential buyers.